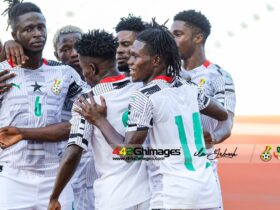 PHOTOS: Check out some exclusive shots from Ghana’s win over Benin

Former Captain of the Black Stars Stephen Appiah has thrown social media into ‘beautiful’ chaos with a post. 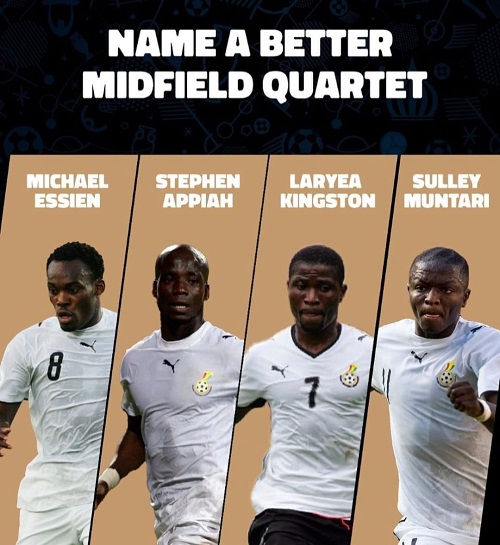 Appiah popular known as ‘Tornado’ posted a picture of three ex-footballers and one active footballer which included himself.

He then added the caption “Tell me…. If this isn’t the best midfield quartet you can ever dream of?

The four players include Michael Essien, Laryea Kingston, Sulley Muntari (Currently with Hearts of Oak), and Stephen Appiah himself.

The quartet all played together for the Black Stars of Ghana and the post has sparked a wild debate on social media.