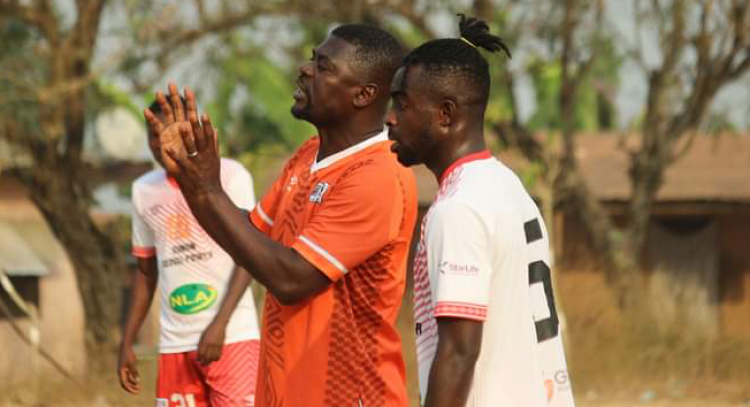 The game which was played at the St. Thomas Aquinas Park in Accra today August 19, 2022 saw the Phobians win 2-0.

Midfielder Frederick Ansah-Botchway, who has returned to the club, needed few minutes to announce his return after registering his name on the score sheet for the Phobians.

Ahead of the 2022/23 Ghana football season, the 2021/22 MTN FA Cup winners announced that the player together with other players have been released by the club.

However, Ansah-Botchway has returned to Hearts of Oak training grounds ahead of their GHALCA Top Six tournament fixture against Medeama SC.

Former Black Stars defender Samuel Inkoom opened the score for Hearts of Oak with a brilliant strike before Ansah Botchway sealed their 2-0 win.

Hearts of Oak are currently preparing for the 2022/23 season’s campaign with the acquisition of Junior Kaaba, Konadu Yiadom, William Bumekpor, Zakaria Yakubu and Eric Ofori Antwi.