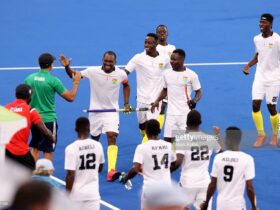 Ghana’s Alex Amankwa painfully missed out in the 800m semis at the ongoing World Athletics Championships in Oregon after being disqualified for violation.

The 30-year-old former student of the University of Alabama could not progress after stepping off his boundaries in Heat 2.

Amankwah finished third in his Heat making a decent time of 1.45.92s and was on course to secure one of the non-automatic qualifications.

However a review of the race saw the Ghanaian middle-distance runner violating the rules just before the break line hence being disqualified and ultimately missing out on a place in the semifinals.