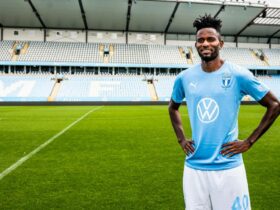 The Management of Asante Kotoko have reduced gate fees for their betPawa Premier League clash against Hearts of Oak on Sunday.

The Porcupine Warriors will take on Hearts of Oak on September 25, 2022 at the Baba Yara Stadium and that will be their first game of this Premier League season as they have missed the opening two games due to their involvement in the CAF Champions League.

Management in a release seem to be appeasing the fans after the team was knocked out of the CAF Champions League by Kadiogo.

The rates for the game against Hearts starts from as low as 10gh which is for Popular stand, Center line goes for 20gh, Wings is 30gh and VIP sells for 50gh.

Kotoko will be hoping to win to bounce back to winning ways. The game is fixed for 3:00pm.