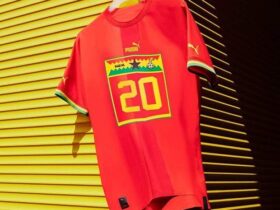 Hearts of Oak defender Konadu Yiadom scored on his debut for Hearts of Oak as they drew 1-1 with Great Olympics. 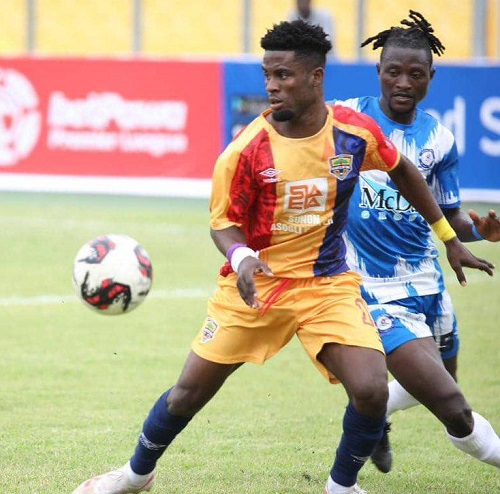 The defender who was signed from WAFA this window was to blame for the Great Olympics goal as his pass to goalkeeper Ofori Antwi rather fell on the path of Yusif who made it 1-0 to Olympics in the 8th minute.

Coach Samuel Boadu was forced to make a substitution after Suraj Seidu replaced injured Yassan Ouatching before the halftime break.

Despite several attempts by the home side, Great Olympics held on to maintain a 1-0 lead at the break.

Back from recess, he further withdrew Isaac Mensah and Daniel Kodie for Amankwah Baafi and Enoch Asubonteng as they threw more men forward in the search for the equaliser.

Yaw Preko’s well-drilled Olympics side held their fort and occasionally hit the Phobians on the counter.

Samuel Ashie-Quaye missed a glorious opportunity to double the lead for the visitors as he was fed a through ball to beat Hearts of Oak’s high defensive line.

Unfortunately, the forward’s poor control let him down as he prepared to pull the trigger with Eric Ofori-Antwi way off his goal line.

With defeat staring in the face of the Phobians, Kojo Obeng Jr was brought on for Amankwah Baafi who also picked up a knock just few minutes after his introduction.

With a minute to end regulation time, Konadu Yiadom made up for his earlier error with a towering header to draw parity for the Phobians.

The defender headed home a corner kick from Suraj Seidu to level the score.

Despite a late charge by the Phobians, Great Olympics managed to pick a point as the game ended 1-1.

The results meant Olympics has picked four points from their opening two games as Hearts of Oak pick their first point.