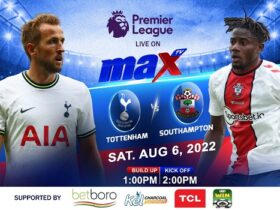 The 29-year-old has been a great admirer of the former Black Stars captain and has adopted his favorite number 3 shirt.

Ajara, a nominee for this year’s CAF Women’s player of the Year award has been watching the former Sunderland star over the years.

“I wear the Number 3 shirt because of Asamoah Gyan. i watched him when I was young and he is my Idol

“If you see him tell him he is the reason I wear the number 3 shirt.”