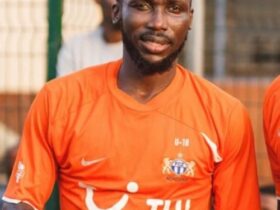 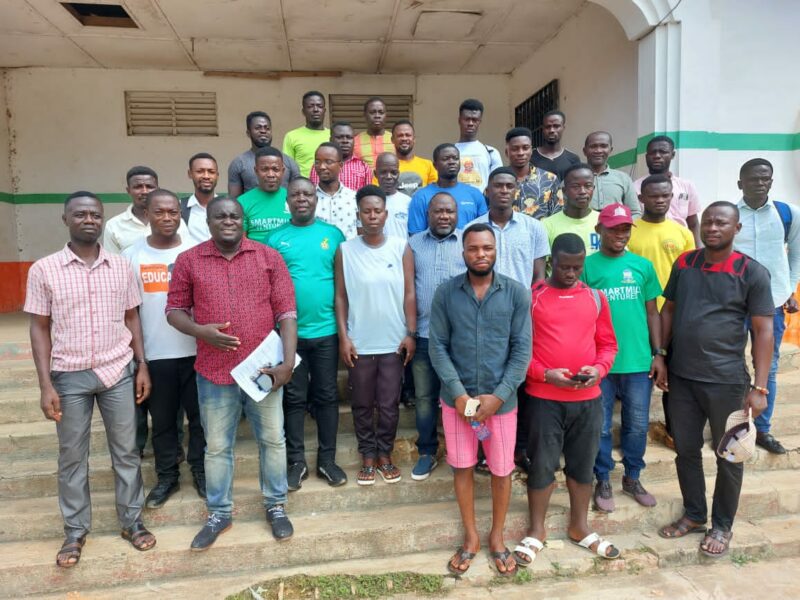 The visit is a routine practice by his administration where he interacts with stakeholders at the end of every Football season to ascertain challenges they encounted during the season and the best possible ways of ameliorating them.

Addressing Referees in the two districts on day one of his visit, he noted that referees play crucial role in football and it was expedient that their needs are looked at critically.

Mr Duncan stated that the Catch Them Young Policy is one of the flagship programs of Kurt OKraku’s administration.

He entreated the District Football Chairmen to collaborate with senior referees in the districts to encourage and train more young boys and girls into the Catch Them Young refereeing since they are the future of refereeing in the country.

Mr Duncan met second and third division clubs including juvenile teams on the final day of his visit where the astute administrator addressed plethora of issues raised by club administrators including hooliganism, officiating and support for grassroot Football.

The Central RFA capo assured stakeholders his office’s readiness to develop and promote football to the highest pedestal.

Mr Robert Duncan reiterated that his doors are always opened for all stakeholders for broader consultations and advice.

Chairman Duncan took the opportunity to engage local media houses on how to collaborate to promote grassroot Football within their catchment area.

From Dunkwa On Offin,Mr Duncan is expected to visit Kasoa, Swedru, Saltpond, Cape Coast and all the nineteen (19) District Football Associations within the central region for same mission.