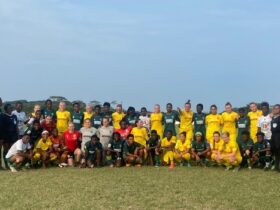 The Black Galaxies of Ghana beat Benin 3-0 in the first leg of the  Championship of African Nations Algeria 2022 qualifier. 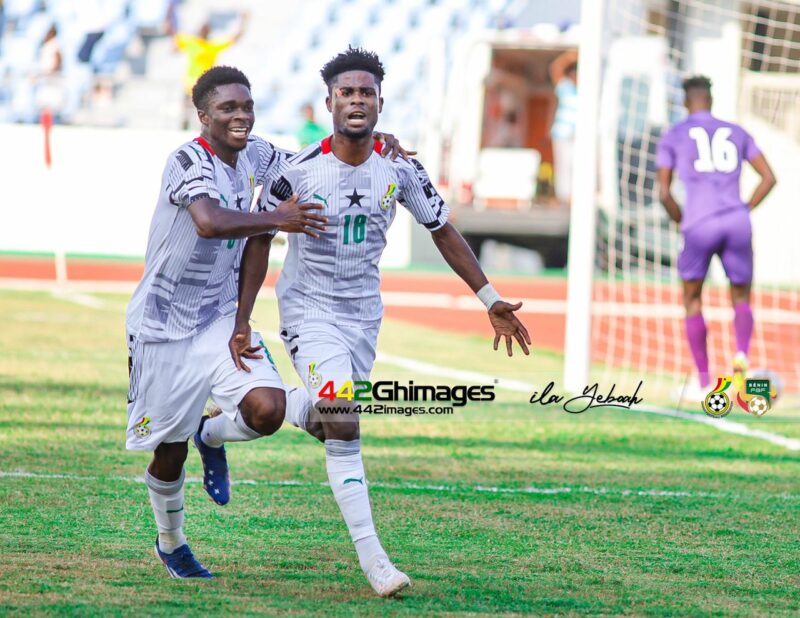 The game played at the Cape Coast Stadium saw Ghana score one in the first half and two in the second half to win the game.

The Black Galaxies started on a good note when Augustine Randolf’s cross came off the hands of a Benin player in the box and it resulted in a penalty.

Daniel Afriyie Barnieh of Hearts of Oak stepped up and planted the ball beautifully to make it 1-0 in the 25th minute.

The Black Galaxies held on to see the first half end in their favour.

The second half started brightly like the first when Mohammed Alhassan also powered an effort into the net to make it 2-0 in the 50th minute.

Captain of the Black Galaxies, Gladson Awako put the icing on the cake with a curler to make it 3-0 and give the team that huge advantage going into the seond leg.

Ghana is in search of a ticket to the Championship of African Nations Algeria 2022 tournament after missing out on the last three editions.

The Black Galaxies made an historic final appearance at the first edition in Cote D’Ivoire 2009 following a 2-0 defeat to the Democratic Republic of Congo.

Ghana crashed out of the 2011 tournament in Sudan after going three matches without a win at the Group stage with the team’s last appearance coming in 2014 when the Black Galaxies lost 4-3 to Libya on penalties after a nerve wracking goalless draw in regulation time.