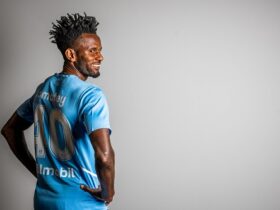 Christian Atsu could make a surprise move to Ghanaian giants Hearts of Oak.

Media reports have linked the Ghana International to the FA Cup Champions who are currently preparing for their CAF Confederation Cup campaign.

Atsu, 30, is currently on the books of Saudi Pro League side Al-Raed after signing a year contract with the Club.

He is believed to be considering a move to Hearts of Oak before the new season begins.

He went on to play for the likes of Rio Ave, Everton, Malaga, Bournemouth and Newcastle United before eventually moving to the Gulf.

Hearts of Oak have already in the books Sulley Muntari and Samuel Inkoom who all joined the Club after stints abroad.