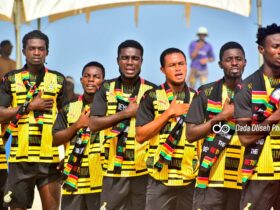 JUST IN: Ghana fail to qualify for Beach Soccer AFCON after 2nd leg defeat to Egypt

Emmanuel Commey bounced back stronger from defeat to beat South Africa’s Chetan Nathoo 3-1 in the Men’s singles at the NEC Hall.

The Ghanaian had earlier lost to Nigeria’s Quadri Aruna but managed to recover from that defeat.

Meanwhile he is expected to team up with Derek Abrefa in the Men’s double later on.

Ghana will be looking forward to pick a medal in table tennis this term.

In other sports, Abdul Walid Omar advanced to the last eight after winning his contest in the Middleweight boxing bout.