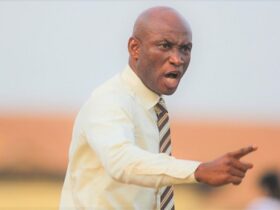 The Black sticks thus get a positive result in the competition for the first time after humiliation to England and India in their two previous games.

Team Ghana is still chancing a first medal at this year’s Commonwealth Games in Birmingham with hopes still lying in boxing, an event which won Ghana’s only medal in the last edition.