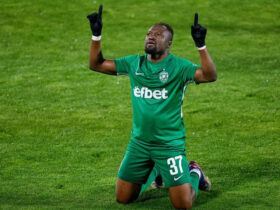 Ghana’s Women’s Hockey team suffered yet another humiliation at the hands of host England after losing 12-0 in their second game on Saturday.

Ghana aimed at putting up a better performance having lost 5-0 to India in their opening match.

England however took advantage of an inexperienced Ghanaian side as they walloped the West Africans at the University of Birmingham Hockey & Squash Centre.

Ghana will now take on Wales who also lost to India in the other Group match in a bid to redeem their image.

Team Ghana have so far progressed in boxing after Walid Omar advanced into the round of 16 after winning his fight.

Ornella Sathoud however lost her fight in the Women’s division to crash out of the competition.

Ghana are however yet to compete in other events such as Beach Volley Ball, Athletics, Weightlifting, Women’s swimming amongst others.