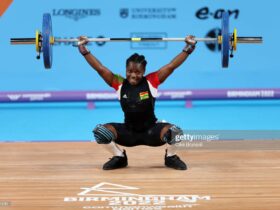 Ghana’s men’s hockey team suffered a 6-0 loss at the hands of England in the opening game of pool B.

The Black sticks were hoping to put up a good fight after their female counterparts lost 5-0 to India earlier on.

England however showed class as they proved too strong for the Ghanaian side.

Ghana will regroup to face their next opponent in the pool as they aim to qualify  to the next stage.

So far boxer Wahid Omar is the only athlete to have been able to progress to the next round after he defeated his opponent in the Light Welterweight division.