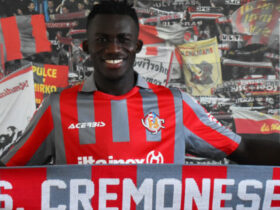 The Ghanaian finished third in the finals with a time of 20.49sec behind Jareem Richards of Trinidad & Tobago as well as Zynell Hughes who placed first and second respectively.

Amoah who was rested in the men’s 4×100 relay run a race of his life to big third place at the back of a disappointment after Ghana’s relay team got disqualified for violating rules.

He becomes the first African to pick a medal in the 200m since 2007 and also Ghana’s first medal at this year’s Commonwealth games in the track event.