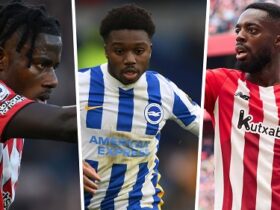 Inaki, Lamptey and Salisu in Black Stars squad for Brazil and Nicaragua friendlies

Boxer Joseph Commey is just two shots away to a medal at the Commonwealth Games after reaching the quarterfinals following a win over Allan Oiake of Papua New Guinea in the Featherweight division.

The Ghanaian grabbed his second win in the competition having initially defeated Betaro Aaree from Kiribati in the round of 32.

Commey is gradually inching closer to the medal zone following his latest win.

He now awaits his next opponent in the quarterfinals.

A win in his next fight will send him into the semis which will ultimately give him a shot at a medal.