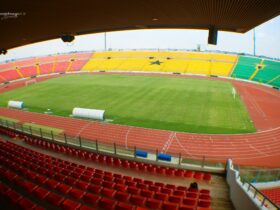 U.S. Cremonese announces that it has definitively acquired from As Roma the right to the sports performances of the footballer Felix Afena-Gyan.

Born in Sunyani (Ghana) on January 19, 2003, as a winger, Felix grew up in football in the EurAfrica Academy, a football academy based in Accra.

In January 2021, the Ghanaian footballer moved to Roma, playing in the Under 18 and Primavera teams.

On 27 October 2021 he made his Serie A debut in the away match in Cagliari, while on 21 November he scored his first double in the Italian top flight, scoring in the match won by the Giallorossi at Ferraris against Genoa.