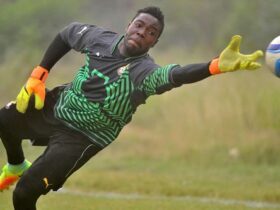 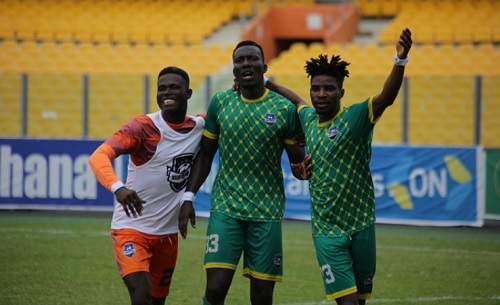 Nsoatreman FC beat Tamale City 4-3 on penalties to advance to the final of the Division One League Super Cup at the Kyebi Astro Turf on Wednesday.

Walid Neyma fired home the crucial shoot-out penalty to take Nsoatreman FC through to Friday’s final after playing out a 1-1 draw in 120 minutes. The game had to travel beyond 120 minutes as the

In a night of high drama at the Kyebi Astro Turf, both teams ended up with 10-men following two red cards in the second half of the match. With no further goals in extra time, the Nsoatre lads proved that the Citizens from Tamale can be beaten on penalties.

Ali Ridwan had missed the 6 kick for Tamale City – titlting the advantage in favour of Nsoatreman FC ax they were only one kick away from making history.

Walid Neyma picked the ball and placed into the bottom corner to take his side through to their maiden final in the Division One League Super Cup.

Nsoatreman FC will face Liberty Professionals in the final at the Kyebi Astro Turf on Friday, August 26, 2022.