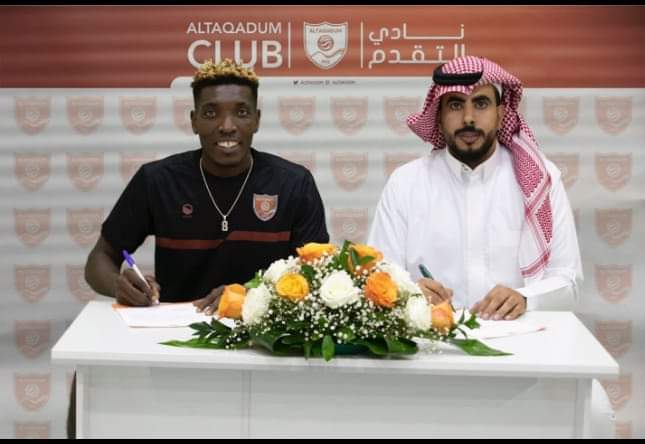 The Saudi Arabian second division side announced the signing of the former Hearts Of Oak talisman on their Twitter handle.

Benjamin Afutu was a big hit for the Phobians after joining from Karela United.

He was part of the Hearts of Oak team that ended their league drought and won the FA Cup.

Afutu failed to agree on a contract extension which saw him join Eastern Company on a free transfer.

The 26-year-old couldn’t hold down a place in the Egyptian until June when the contract was mutually terminated.