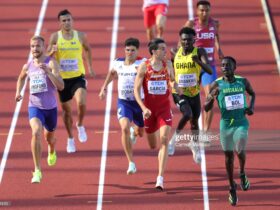 The second edition of the Division One League Super Cup will take place on Tuesday, August 16, 2022 at Kyebi in the Eastern Region.

Eight Clubs drawn from Zone One, Two and Three of the 2021/22 Division One League season will slug things out in the 10-day tournament that concludes on Friday, August 26, 2022 at the Kyebi Astro Turf.

Defending Champions Skyy FC wouldn’t be able to defend the title as they failed to qualify for the competition this time round. Last season’s runners up – Tema Youth FC and Samartex 1996 will for the second time running compete for the title after missing out on the silverware last season. 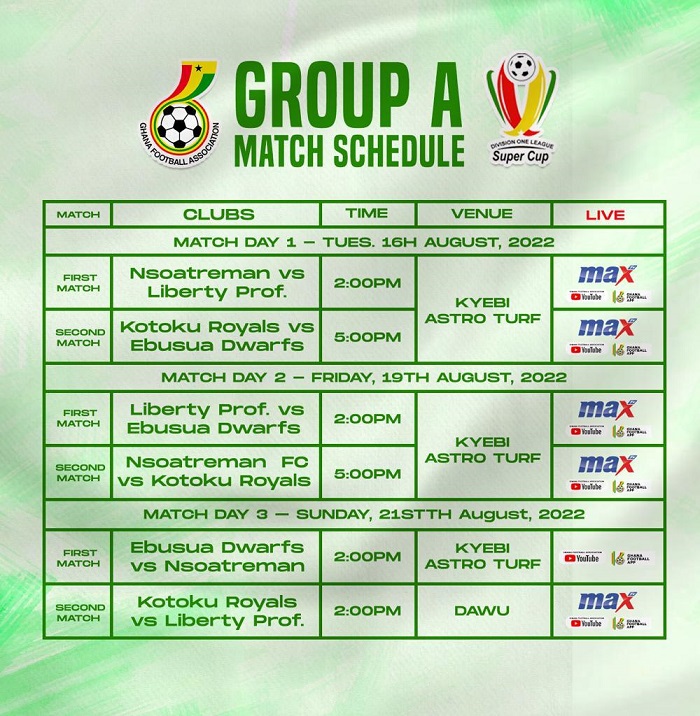 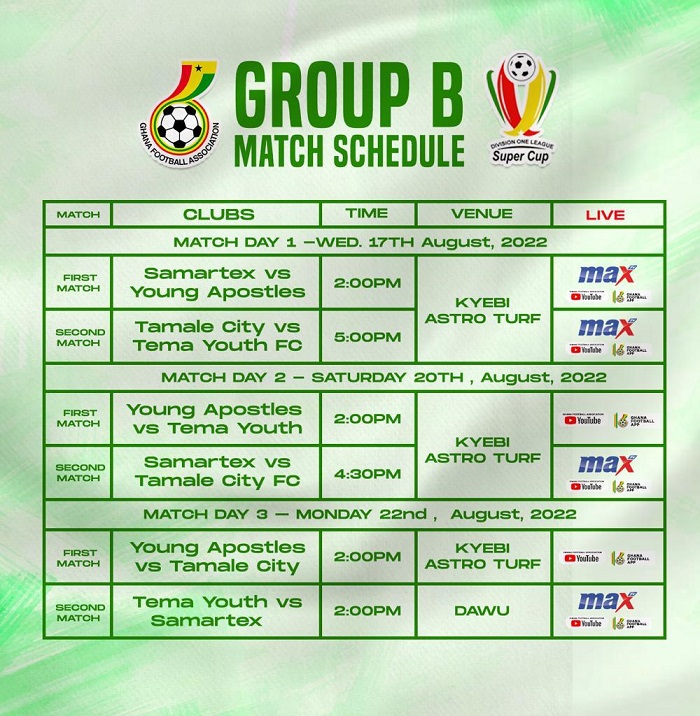 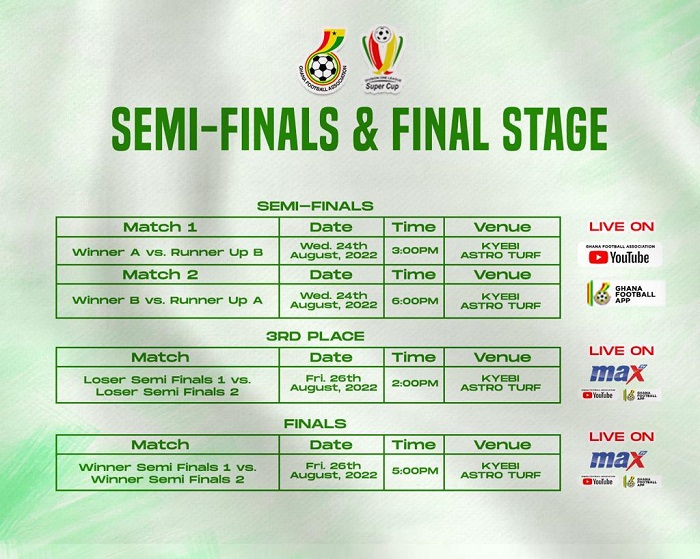