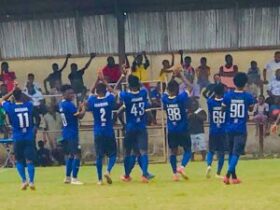 One of the brightest prospects in European football currently is Ghanaian youngster Davis Boateng who plays for German side Wolfsburg.

The 18 year old midfielder is with the junior team of Wolfsburg but his fine displays has seen him earn admiration from his trainers.

There’s been talks of promoting Boateng to the first team of Wolfsburg because of his red hot form.

Boateng has shown real quality ever since he joined Wolfsburg and he’s already caught the eye of many.

He’s been tipped as the next big star on the European scene and it’s only a matter of time he springs to life.