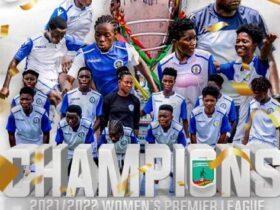 Midfielder Gladson Awako has been named captain of the Black Galaxies team.

The Hearts of Oak star will be serving as the leader for the side in the Championship of African Nations qualifiers.

Awako was handed the arm band by head Coach Annor Walker and his assistant Prosper Narteh.

Medeama FC defender Vincent Atinga will be acting as the first vice captain with Kotoko’s Imoro Ibrahim serving as the 2nd vice captain.

The team will move to Cape Coast to continue their preparations ahead of their qualifier against Benin next week.

Ghana is still chancing qualification to the CHAN tournament since 2014.