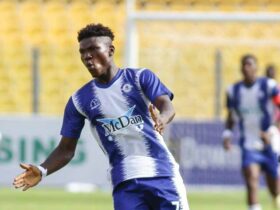 Former head coach of Asante Kotoko Prosper Narteh Ogum has bid farewell to the club as he officially announces his resignation.

The sports psychologist tendered his resignation letter last week despite having one year left. 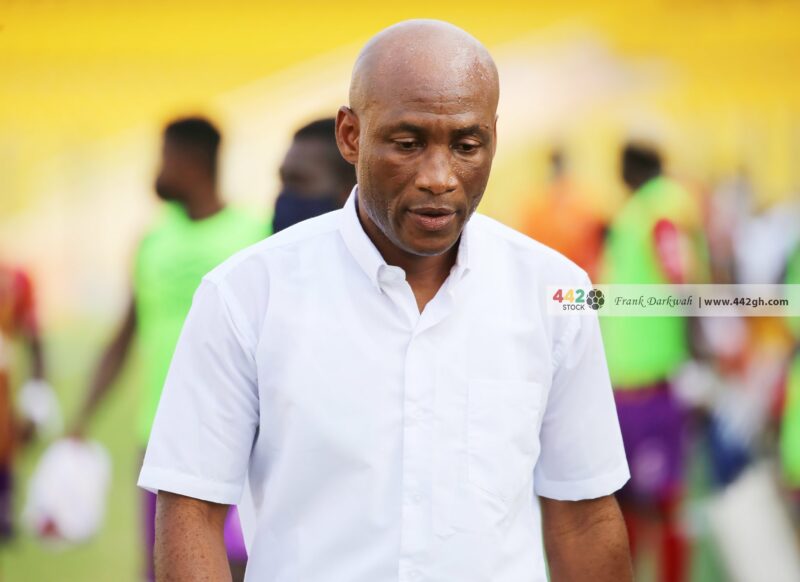 In his farewell message, Prosper Ogum revealed out his departure is for the good of the club.

The Black Galaxies assistant coach joined the Porcupine Warriors from West African Football Academy (WAFA) before the start of the 2021/22 Ghana Premier League season on a two year deal. 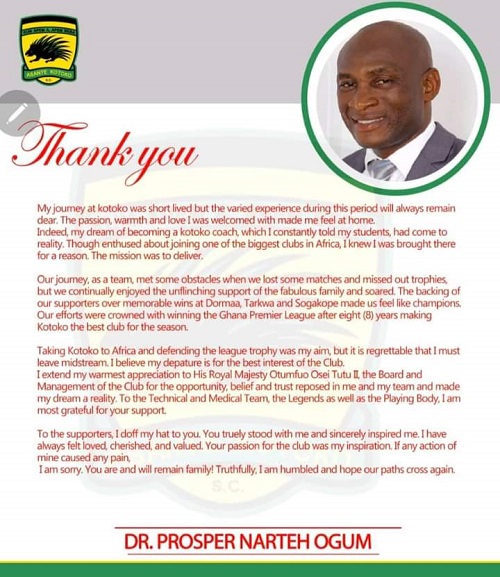 His resignation came as a shock to the club following his impressive performance last season and also becoming the fan’s favorite.