Oleksandr Usyk secures a second consecutive victory over Anthony Joshua to defend the unified WBO, WBA and IBF titles; Usyk confirmed his place at the top of the heavyweight division with momentous rematch win over Joshua; AJ rages at the conclusion of the bout. 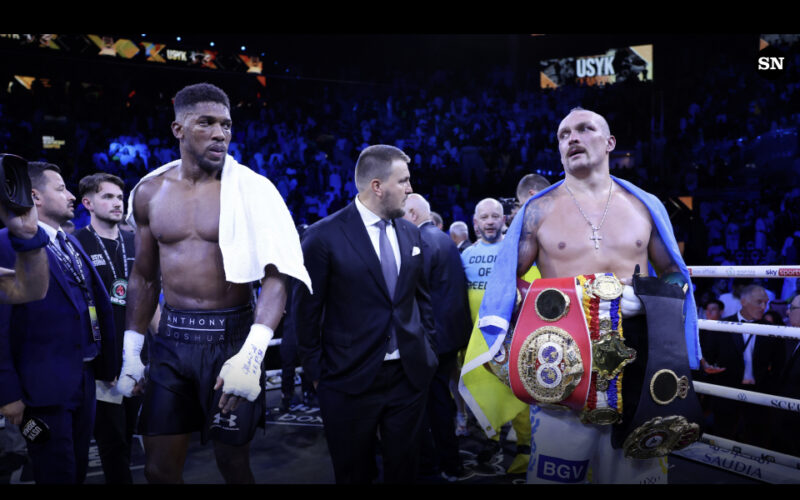 Usyk triumphed on a split decision at the King Abdullah Sports City Arena in Jeddah, taking it 116-112 and 115-113 respectively on the cards of Ukraine’s Viktor Fesechko and Britain’s Steve Gray. Glenn Feldman of the USA scored 115-113 for Joshua.

The result infuriated Joshua. He picked up two championship belts and threw them out of the ring before storming off briefly.

Joshua then returned to seize the microphone and vent his emotions in a passionate outburst.

“I’m stealing this Usyk, I’m sorry, but it’s because of the passion we put into this,” Joshua told the crowd during his two-minute speech.

Usyk holds three of the four major heavyweight belts. There is one missing from his collection. Tyson Fury, ostensibly retired, still holds the WBC title. That’s the only fight Usyk is interested in.

“I’m sure that Tyson Fury is not retired yet,” the champion said. “I’m sure, I’m convinced he wants to fight me.