Ghana’s most in-form winger in Europe, Bernard Tekpetey came on as a substitute as his side Ludogrets brushed aside Botev Vradsa 4:0 in the Bulgarian Premier League on Sunday.

Terkpetey has been instrumental for the Bulgarian Super Cup winners with 5 goals and 2 assists so far in the campaign to stretch their unbeaten run to 10 games in all competitions. 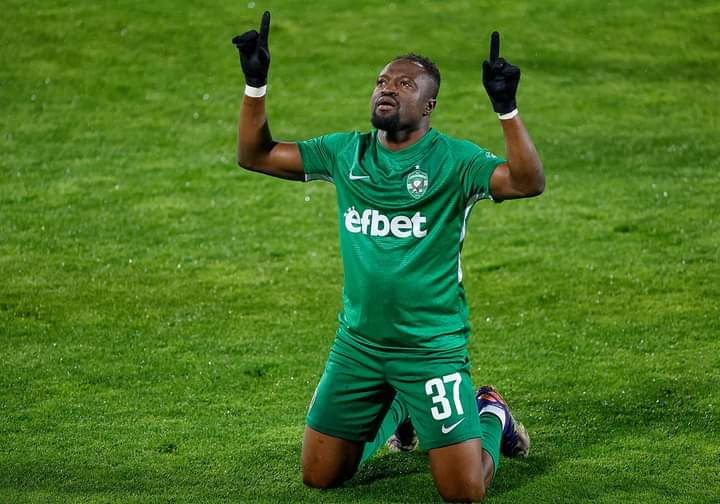 He was the workaholic threat deployed by 50-year-old Slovenian coach Ante Simundza as they stunned Jose Mourinho’s AS Roma 2:1 in their pulsating UEFA Europa League opener.

Following the impressive win over Roma, Tekpetey, was given a run out in the last stages of the weekend league encounter against Vratsa. The impressive victory moved Ludogorets up to the top of the league table.

Attention will now shift to Real Betis where a tough test awaits the Bulgarian outfit in Spain.

Tekpetey has already lifted his fourth trophy with the Razgrad club, after they beat Levska Sofia on penalties to win their Bulgarian Super Cup.

That is now two league titles and two Super Cups for the explosive Ghanaian winger who was curiously left out of Coach Otto Addo’s Black Star’s squad for the September international friendlies against Brazil, Nicaragua and Switzerland.

Terkpetey recently said in an interview with the Bulgarian media that he is focused on helping his club annex the domestic league and hopes his great form continues before the final squad for Qatar 2022 FIFA World Cup is announced in early November.