Thomas Partey out for two weeks with injury

Board Member of Asante Kotoko Yaw Adu says the issues surrounding the status of Prosper Narteh Ogum as coach of the club can be resolved. 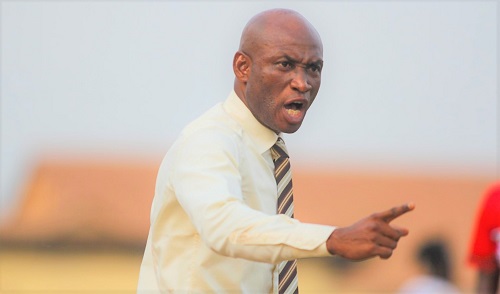 Last week, administrative manager, Emmanuel Dasoberi in an interview confirmed the coach’s decision to leave the club after less than 10 months in charge.

The confirmation by Mr. Dasoberi was denied by the 12-member board of directors in a statement released on Friday afternoon.

Board Member, Yaw Adu speaking in an interview reiterated that the head coach explained his reasons why he wants out but was quick to add that they are ready to let the former WAFA gaffer leave the club.

“We invited Nana Yaw Amponsah to the board meeting today but he did not show up,” he told Kumasi-based Kessben FM. “The coach said he is resigning because of what the management has been doing to him over the last few months, that’s what Ogum told us today in the meeting.

Meanwhile, Asante Kotoko will represent the club in the 2022/23 CAF Champions League.