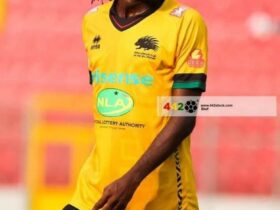 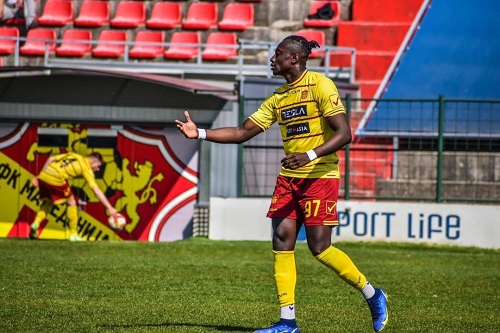 Copper swapped the Macedonian elite division for the Romanian Premier League following his move to AFC Chindia this summer.

The 24-year-ole forward made 12 appearances scoring twice in the process as he helped FK Makedonija Gjorče Petrov clinch the Macedonia Cup.

On the back of his move to Eastern Europe, Godberg was filled with delight ahead of his new adventure.

“I am happy to have come out from difficult period that saw me off the high-level fields but already last year I made a choice thinking only of returning to big squares and the results have been seen.”

“After the championship in Macedonia and the victory of the Macedonian cup, I had a lot of satisfaction receiving phone calls from important teams.”

“I decided to come here to Romania because the level of play is high and I know I can do really well and make an important contribution to the team.”

“They strongly wanted me and I am happy with my decision because it is one of the most important championships in Eastern Europe and this will surely serve me as a springboard for my future.”