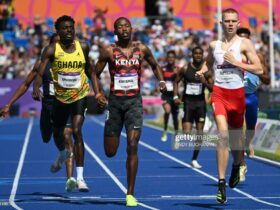 Kotoko have announced the signing of Ugandan forward Steven Makwala.

The 23-year-old signed a two year deal with the Ghana Champions.

Makwala underwent medals upon arrival and penned a deal with the Ghanaian giants.

He was a target for Kotoko last season but missed out.

Kotoko are keen to strengthen their attacking force by signing another striker to  add up to Cameroonian pair George Mfegue and Frank Etouga.

The Porcupine Warriors want to make huge impression in Africa after qualifying for the CAF Champions League.

He becomes the third Ugandan to join Kotoko after Joseph Otchaya and George Abege.