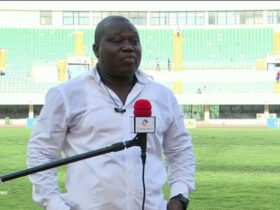 Defender Abdul Ganiyu has requested for his contract to be terminated at Kotoko.

The centre-back is pushing to have his existing deal cancelled after three seasons with the Reds.

Ganiyu have already lost his role as team captain ahead of the 2022/23 season, a position which has been taken by Richard Boadu.

The 26-year-old did not travel with the Kotoko team for their preseason in Sudan as he push for a move away from the Club.

Kotoko have already signed centre backs Sheriff Mohammed as well as Cameroonian Thomas Pele as replacement for the departing Ganiyu.

The former WA All Stars and Karela United defender played little part in the Kotoko setup last season due to injury.

The Ghana Champions have made 10 new signings for the new season.