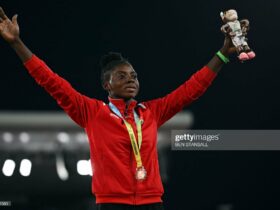 The player signed a two year deal with the Hunters.

Kumi is surplus at Kotoko and won’t have any chance to play hence the decision to seek for a new challenge.

The forward did not kick a ball throughout the 2021/22 season after a rather decent first stint with the Reds.

Kotoko confirmed the transfer of the former Unistar Academy play who is expect to fill in void left by Augustin Okrah who left the club to join Tanzania side Simba FC.