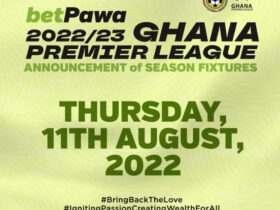 Kotoko will leave for their preseason tour in Turkey on Sunday.

The Ghana Champions are expected in Accra on Wednesday where they will prepare to embark on the two week training tour.

Officials and players are expected to complete all documentations before Sunday’s trip to Turkey.

Meanwhile Youth team Coach Abdul Gazelle has been tasked to lead the team on the interim as management look to sort out the future of head trainer Prosper Narteh Ogum.

Prosper Narteh has already tendered in his resignation from the Club after what I’d believed to be disagreement with management.

New signing Steven Makwala will also travel with the team on Sunday to Turkey.

Kotoko exempted themselves from participating in the GHALCA top 6 competition to enable due to their trip to Turkey.