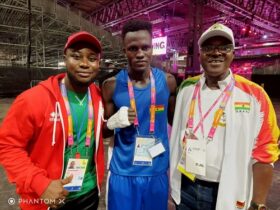 Kotoko will play River United of Nigeria in a preseason friendly in Turkey.

The game will form part of Kotoko’s preparations for the new season ahead.

Kotoko have confirmed a preseason tour in the European country later next Month.

Rivers United will also be in Turkey to camp for the new season in Nigeria.

The two teams have hence decided to engage each other in a friendly to finetune preparation for a busy season.

Both teams will be playing in the CAF Champions League having won the Ghana Premier League and the Nigeria Processional Premier League.

Meanwhile Kotoko are expected to issue a statement on the stance of head Coach Prosper Narteh Ogum who tendered in his resignation. ..