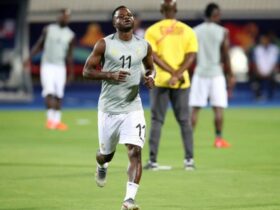 The forward was believed to have signed for Hearts of Oak on transfer deadline Day on a free transfer from Great Olympics.

Abbey was however expected to be in the registered number of players for the coming season.

Reports claim the 22-year-old is not part of the list hence wont be involved in the team’s campaign at least until the second transfer window.

Meanwhile former WAFA centre back Konadu Yiadom is said to have been registered by the Club.