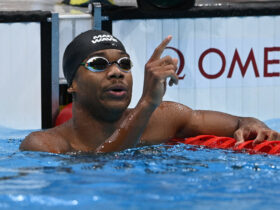 Mohammed Kudus is refusing to train with his Ajax teammates in a bid to push for a move away from the Club.

With less than 48hours to the end of the transfer window, the player is forcing his way out of the Club.

Kudus have been given limited opportunities at Ajax making him unhappy at the Club.

The Ghana international wants regular game time and is ready to move elsewhere.

Everton is interested in signing the 22-year-old and has reportedly agreed personal terms with the player, however Ajax is refusing to compromise.

This according to reports have forced the player to exempt himself from training.

The midfielder has until Thursday to make a move.