The 30 year old is rejoining the newbies on a free transfer after leaving King Faisal and has inked a two year contract with his former club. 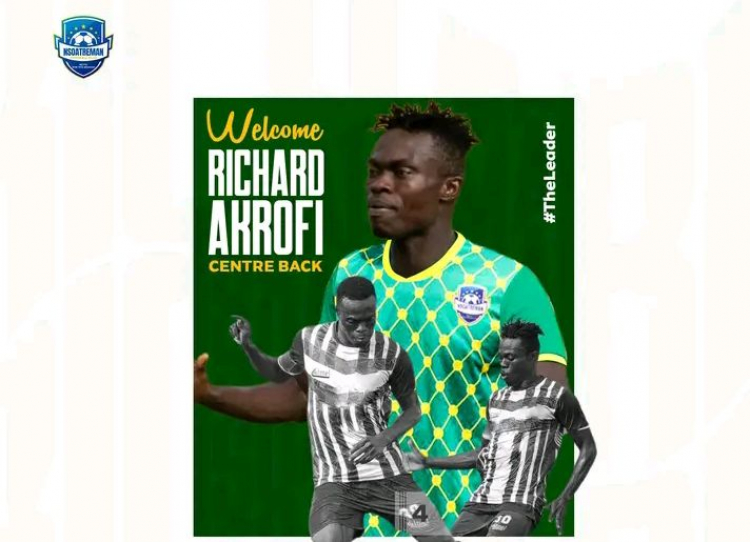 The ‘Efri Tete Amanaso’ outfit announced his addition on Facebook and introduced him as their best player ever;

“It’s a great pleasure to announce the signing of the best player to ever for our dear club, Richard Akrofi on a 2 year deal. Welcome best defender.”

The highly-rated defender ended his stay with King Faisal FC after helping them secure survival, having made 30 appearances last season with a goal to his belt which came against his former club Hearts of Oak in the just finished campaign.

Nsoatreman FC gained promotion into the Ghana Premier League for the first time in their history after annexing the Division one, Zone I, having fended off tougher and stiffer oppositions from Tamale City FC in a playoff after a tie in everything between the two sides.

They are hoping to make series of additions to strengthen their squad in order to establish themselves as a mainstay in the country’s topflight.