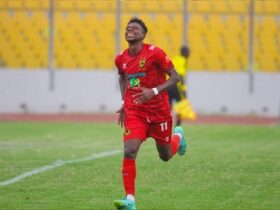 Nigerian football fans and business owners in Qatar are still reeling from their team’s failure to qualify for the World Cup 2022, which will be the first time to be held in the Middle Eastern country from November 21 to December 18.

Nigeria’s failure to beat Ghana in their qualifiers prevented them from qualifying for the 2022 World Cup, a result that shocked not only the nation but also dealt a huge blow to the approximate 12,000 Nigerians in Qatar who were looking forward to watching the team in action and also benefitting from its presence at the tournament.

Ekene Romeo who is an astute businessman based in Qatar for nearly 12 years, said the Super Eagles’ failure to qualify was heartbreaking and hit him financially.

“I had placed an order for 20,000 Nigerian national team jerseys, which I knew would be in high demand. I was also making plans to host the first ever Nigerian entertainment and fashion week here in Qatar during the World Cup,” Romeo told Al Jazeera.

“The event would’ve featured some of the best Afrobeats artists, comedians and fashion designers to showcase and promote the Nigerian entertainment and fashion industries.”

However, Romeo added, due to the team’s failure to qualify, “the order for the national team jerseys was cancelled and the events were put on hold while we work out how to modify it to fit in other African countries who qualified for the tournament”.

Nigeria has been at six World Cups since its maiden appearance at USA 1994. Since then, the team qualified for all World Cup tournaments apart from Germany 2006.

Footballers, officials, fans and business owners in Qatar are counting their losses after the national team failed to qualify for the World Cup.