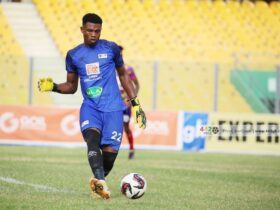 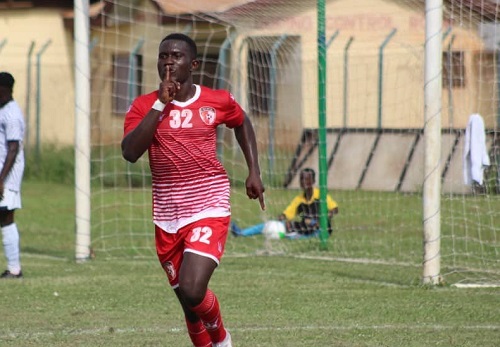 Torsutsey has emerged as top target for the Nsoatre based club as they seek to strengthen squad for 2022/23 league season.

Sources divulge that talks for the signature of the WAFA SC forward is in advanced and Nsoatreman FC could be landing his signature should the negotiations end in success.

Torsutsey was a phenomenal last two seasons when he joined WAFA SC from Sekondi Hasaacas under coach Prosper Narteh Ogum.

He was heavily linked to Asante Kotoko before the commencement of the last league season when coach Prosper Narteh Ogum took over as the new head coach of the club but the deal didn’t materialized.

It is believed that Nsoatreman FC are leading the race to sign Justus Torsutsey despite chase from FC Samartex and host of other local clubs.

Aside Torsutsey, reports indicate that King Faisal Football Club player Enoch Morrison and Samuel Arthur of Elmina Sharks are also on the wishlist of Nsoatreman FC.