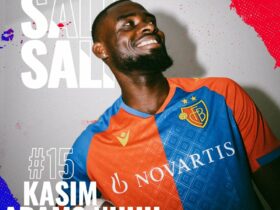 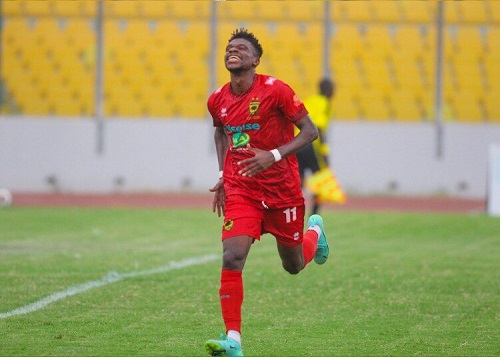 The reports further stated that one of the clubs is Italian Serie A side Udinese Calcio.

According to further reports, Sporting Director for Udinese, Pierpaolo Marino was at the Accra Sports Stadium to watch him play for Kotoko in the last match of the season against Accra Lions.

Mbella ended the season as the top goal scorer for Asante Kotoko as he ended the 2020/2021 Ghana Premier League season with 21 goals missing out on the goal king award by a goal after Ashgold’s Yaw Annor beat him to it.

Mbella in his debut season in the Ghana topflight powered Kotoko to their 25th Ghana Premier League title but missed out on the goal king award.

He joined Kotoko at the start of the 2021/2022 season on a three year deal from Cameroonian side Fortuna du Mfou and has been a revelation.