Anthony Osei Kwadwo a former Ghana international wants goalkeeper Lawrence Ati-Zigi out of the Black Stars team ahead of the 2022 FIFA World Cup in Qatar.

Ati-Zigi who plays for St Gallen has been with the Black Stars for some time now but Kwadwo is not impressed with his performances for the senior national team. 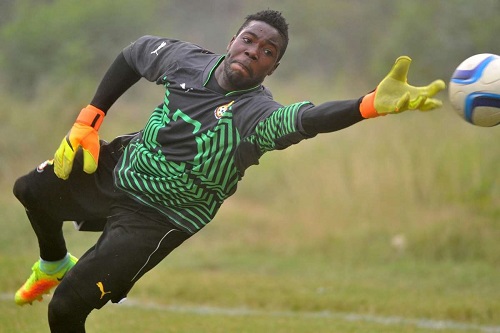 Speaking in an interview with Dan Kwaku Yeboah, Anthony Osei Kwadwo stressed that Ati-Zigi should have been Black Stars number one currently, but he has been a pale shadow of himself.

“Ati-Zigi must be sacked, let me explain,” the retired goalkeeper who is based in the US stated,” the former Asante Kotoko shot-stopper told Dan Kwaku Yeboah in an interview.

“Look at the years he has been with the national team and where he has gotten to. This is the right time for him to be our number one, but look at his performance, yet they always invite him.

“We have local goalkeepers like Danlad who can perform better than him.”

Since making his debut for Ghana in 2018, Ati Zigi has managed just one clean sheet for the Black Stars, conceding 10 goals in eight appearances.