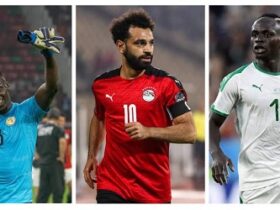 Thomas Partey is expected to stay out for couple of weeks after sustaining an injury.

The midfielder will not be available for Arsenal at least for the next two weeks with what is believed to be a hamstring.

Partey missed his side’s League game against Fulham over the weekend and is expected to miss their upcoming fixture against Aston Villa.

The Ghana International has been an integral member of the Arsenal squad helping them to three straight wins before Saturday’s victory against Fulham, a game he missed.

Mikel Arteta will have to resort to using available players in his subsequent fixtures.