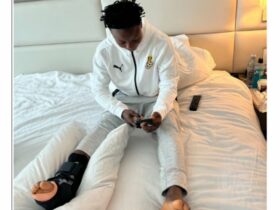 Former Hearts of Oak striker Kofi Kodzi has sent a a heartfelt farewell message to the club as he parts ways with them. 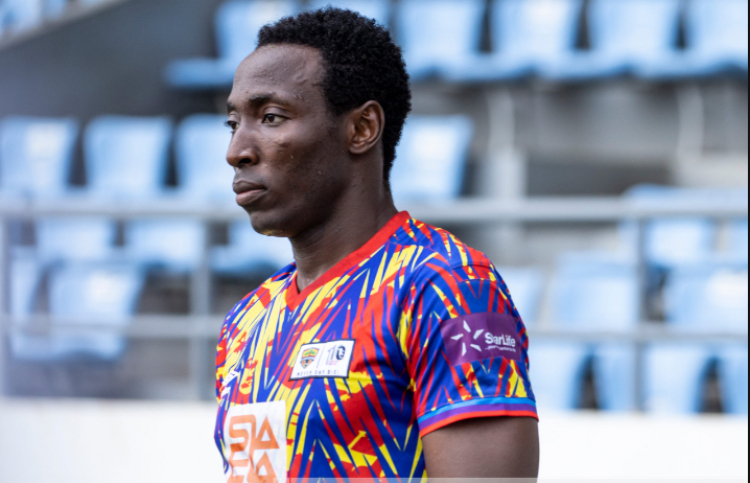 Kordzi on Thursday released a statement to thank Hearts of Oak fans, teammates and management for their immense support during his stay at the club.

“Today, I say goodbye to a monumental club as it is Accra Hearts of Oak.

What a ride it has been.

First of all, I would like to express how much of a privilege it has been to play for this amazing club since I joined and rejoined in 2021.

To the coaching staff who played a great role in my development, to my colleagues who have been more than just those I share a pitch and dressing with, to the backroom staff, to the management, to the fans that have wholeheartedly supported the team and to everyone involved with the Continental Club Masters

I am grateful for the topsy-turvy turnouts as it is the downs that have tested my strength and made me the better possible version of myself.

Thank you also for your endless support. It has been a great honour to wear the shirt of Accra Hearts of Oak.

Good luck to everyone involved with the Phobians.

I love you all and will miss you’ 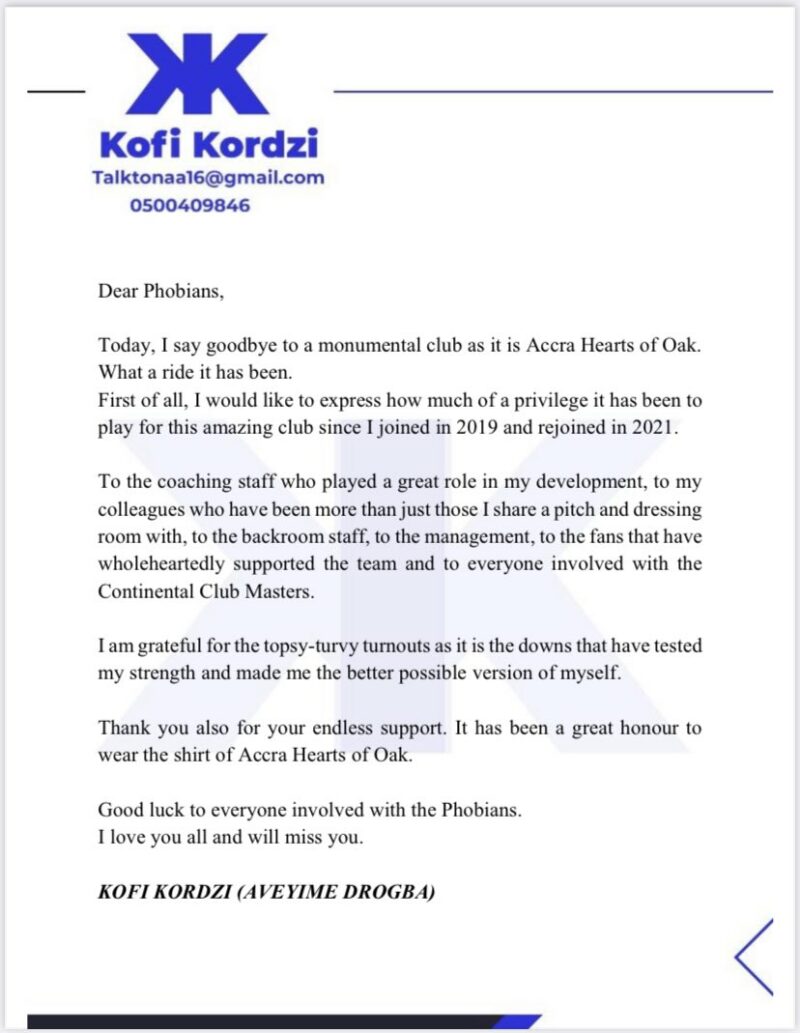 Kofi Kordzi returned for a second stint with Hearts of Oak on a two-year deal in 2021 after leaving for Muaither SC has been released by the latter ahead of the 2022/23 football season.

He bagged seven goals in 22 appearances for the side.

The Bulky striker was suspended by the club last season after engaging in an unauthorized game.