General Secretary of the Ghana Football Association, Prosper Harrison Addo, (Esq) has visited the Black Princesses at their camp base in France to encourage them to put up their best performance at the FIFA U-20 Women’s World Cup in Costa Rica. 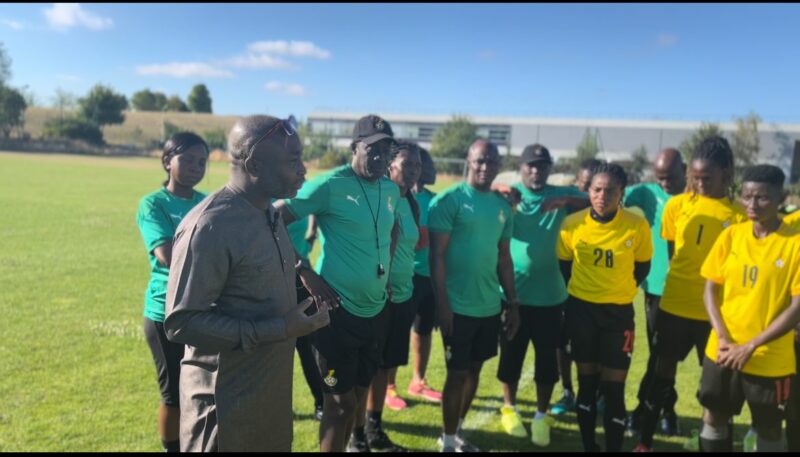 `The team is having a pre-tournament camping in France where they played a friendly game and lost 4-0 to France.

Mr Addo encouraged the girls to put up their best performance at the World Cup to make the entire nation proud.

“You have qualified to be at the World cup so any team you meet there; you are of the same pedigree. Don’t go with the mindset that the other teams are bigger or better than you. You all qualified as of right and you are entitled to be there through your own hard work.

“I know you have your anxiety, fear and sometimes you doubt yourselves. The other teams also do, that is why they also keep on training because they also fear you.

“On the day of the match with eleven players each, put up your best and I trust and believe that you will deliver. Do your best, play well and leave the rest, as I know your best is enough.

“Play as a team on the day, encourage each other and I know we will qualify to the next round and from there, match after match, the confidence level will rise.

“I wish you the very best, go represent Ghana well in Costa Rica.”

The Black Princesses will depart France for Costa Rica on Monday, August 1, 2022 to continue preparations for the FIFA U-20 Women’s World Cup.