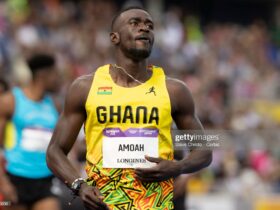 The first episode will focus on West African side, with special reports from Ghana and Qatar, as well as expert analysis from football broadcasters across Africa.

In 2006 they were the only African side to advance to the Second Round of 2006 FIFA World Cup and were the sixth nation in a row from Africa to progress beyond the group stages of the World Cup. Ghana had the youngest team in the FIFA World Cup 2006 with an average age of 23 years and 352 days, and were praised for their improving performance. FIFA ranked Ghana 13th out of the 32 countries who competed in the tournament.

In the 2010 World Cup, Ghana progressed beyond the group stages, and reached the quarter-finals where they were eliminated by Uruguay. Ghana was defeated by Uruguay on penalties after Luis Suárez controversially handballed on the goal line deep into extra time, denying Ghana an almost certain winning goal. Had Ghana won their quarter final, they would have become the first African nation to progress to the semi finals of the world cup. Of the 32 countries that participated in the 2010 FIFA World Cup, FIFA ranked Ghana 7th.

In the 2014 World Cup, Ghana was eliminated during the group stages.